of Tiztik Mobile Disco is a DJmark Gold Award Holder

A Professional Service At An Affordable Price "Hi, I am Tim Bilton and I live in Salisbury. I have been a semi-professional DJ since 1974. I love playing music for people's pleasure and entertainment.

Remember when the DJ played requests and introduced the records? Well that's what I do, that's what makes me good for weddings and parties.

I love playing a wide variety of music from pop to punk, reggae to rock and believe that there should be some slow tracks as well. I have well over 10,000 tracks from the 50s to the present day and of may genres, on CD.

All my sound equipment is less than 2 years old and is of professional quality, it's not a young lad turning up in a car with a laptop and a small PA system, it is a real disco. I have a 2000 watt PA system, that's plenty of noise for venues up to 200 people. I have a quality lightshow, including a variety of LED projection lights, dot lasers, fog machine and sound to light.

Set up and breakdown time is a little as 30 minutes, so you not hanging about before or after an event."

Tim was fantastic from start to finish. He responded to me quickly and answered all my questions and made suggestions that massively helped with arranging our timings for our reception. Would definitely recommend for any occasion!

From the moment we contacted Tim we were impressed. Everything was done easily with no fuss. He turned up early in the day, set up and was ready to start the moment all the guests arrived. He even allowed us to play a small joke on the birthday girl by putting her brother behind the decks (she wasn’t impressed!). His choice of music was exactly what was asked for and he took requests from the kids with no fuss and played every song that was asked for. Would fully recommend him and would definitely use him again.

Could not fault the service from start to Finnish , made the night such a memorable evening .Even played on well after the stated time Excellent 1 st class disco would 100 0/0 recommend this disco. Thanks once again Tim for making the evening so special, your a star. Mick 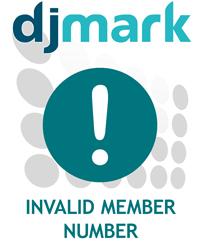 Want to discuss your requirements with Tiztik Mobile Disco?

Tiztik Mobile Disco is based in Salisbury and travels to surrounding areas.