of Blackpools Midas Disco is a DJmark Gold Award Holder 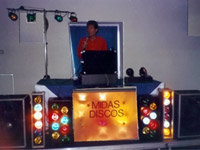 I booked John for my 30th Birthday, he did an exceptional job and the music was spot on! There was a mixture of age groups in attendance and everyone enjoyed what was a great night. I would definitely book again and recommend to as he certainly plays the tunes that het the party started!

Everyone enjoyed the music played which was mainly from the era I had asked for and requests from my guests for songs were played when asked for. I had said to John that we probably just wanted background music so there were few announcements and chat other than song and/or artist information, but that was fine and worked well for the evening. All in all the disco helped the evening go well.

John was Punctual, played a wide variety of music and would recommend Cheers john 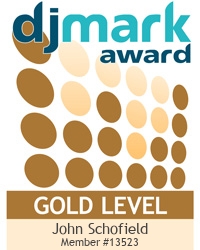 Want to discuss your requirements with Blackpools Midas Disco?

Blackpools Midas Disco is based in Blackpool and travels to surrounding areas.

Request FREE Callback
at a time convenient to you